By December 2017, some 4.5 million visitors had flocked to the Plaza. That’s more on average than those visiting Castle Neuschwanstein in Bavaria or the Sistine Chapel in Rome.

Since its completion the Elbphilharmonie concert hall has transformed in people’s minds from a hugely expensive delay-ridden project to a celebrated landmark. Its location in the middle of the harbor is unique. The passing ships appear close enough to touch it. At sunset, when the “blue hour” begins, spectacular light reflections can be seen, a moment often snapped and preserved by visitors on their smartphones. 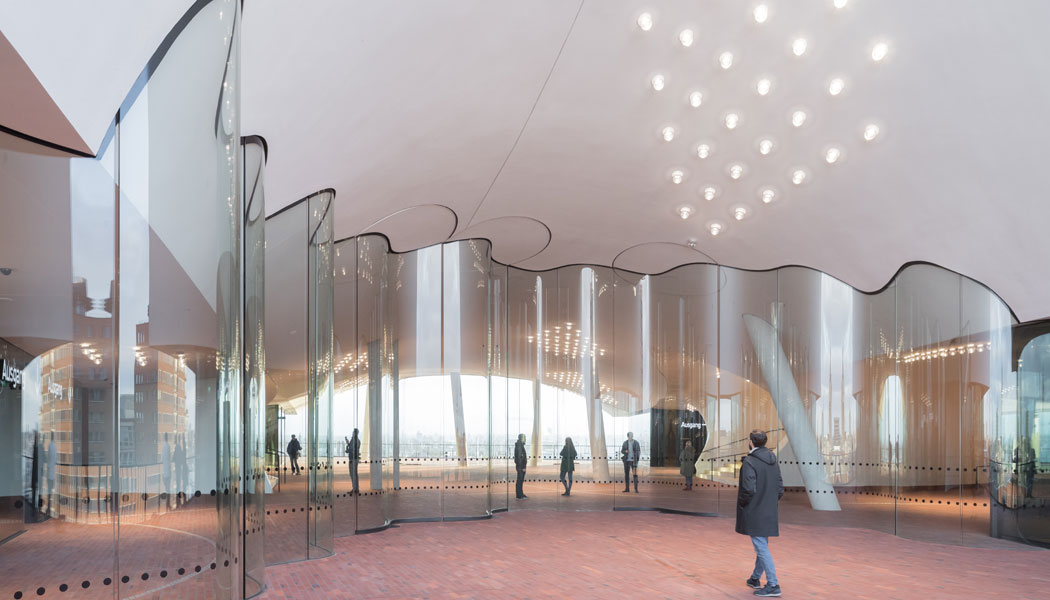 For the past year, you are likely to hear one all-important question in Hamburg: “So have you been inside yet?” To which the answer can either be: “Yes, it was magnificent.” Others reply: “No, I haven’t managed to get tickets yet.” And yet, even without concert tickets, you can visit the Plaza, the name given to the 37-meter-high (121-foot-high) viewing platform of the Elbphilharmonie, providing an impressive look at the building’s architecture and great panoramic views of the harbor.

New regulation for the visit of Elbphilharmonie Plaza

Due to this success, the Elbphilharmonie introduced a new system to better meet the significantly increased demand for group visits on the public Plaza. This is a real quality initiative of the Elbphilharmonie. In the beginning, practically everyone could spread their half-knowledge about the architecture of the building on the Plaza. This will change on September 1, 2018. From this point on, only certified guides and their groups are allowed to visit the Plaza.

In order to receive the certificate, the guides need the seal of approval of the Hamburg Tourism Association and Hamburg Tourismus GmbH as well as the successful completion of a written examination on the subject of the Elbphilharmonie.

In the future, a visit to the Plaza of Elbphilharmonie will only be possible with certified guides. Of course, some guides from a-tour have already passed the examination with flying colours and received the certificate. Now they are official Elbphilharmonie Plaza Guides. Therefore you can book our architectural guided tours to Elbphilharmonie in the usual form, even after September 1st 2018. Our architects will explain the history and architecture of Hamburg’s new landmark in every aspect and detail. 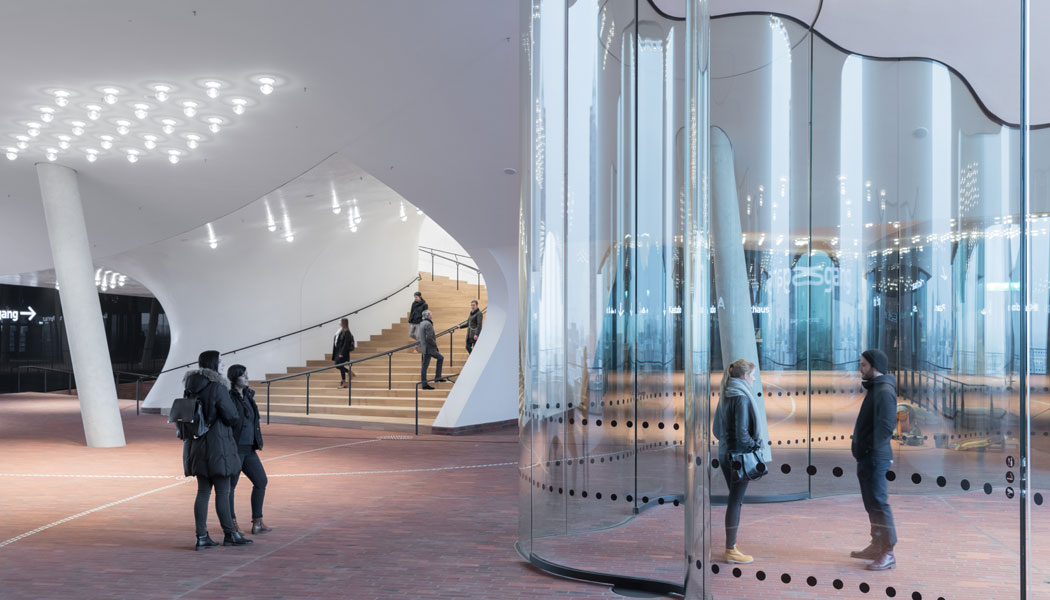 A second innovation concerns groups of more than six people. Since May 1st, 2018, groups of more than 6 people can no longer enter the Plaza for free. Instead, a contingent of Plaza tickets is available for group visits and can be purchased for the price of five Euros per person.

Individuals and small groups of up to 6 persons can still purchase Plaza tickets for two Euros per person and also spontaneously visit the Elbphilharmonie Plaza. The Plaza is the interface between the traditional harbor warehouse and the new construction of the Elbphilharmonie: at a height of 37 metres, the Plaza offers a spectacular panoramic view of the city and the harbor.

Up to 17,000 guests flock here every day to enjoy this view. Thanks to the Elbphilharmonie and its concert halls, Hamburg has been declared one of the best places to visit by various travel guide publications. 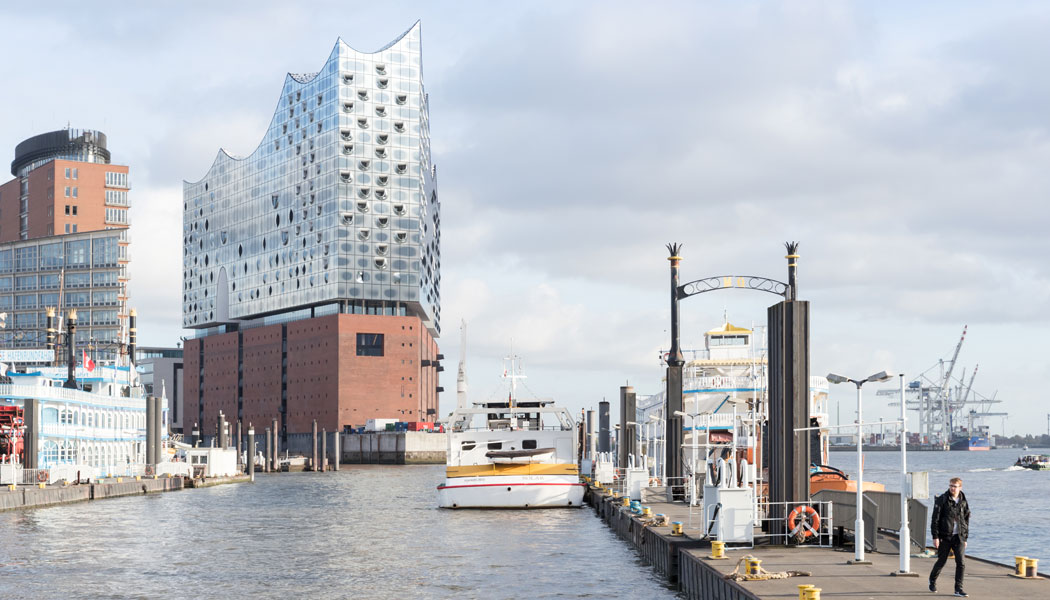