Plans for a new Grasbrook suburb, opposite the eastern HafenCity, were announced Tuesday (September 12th 2017) in HafenCity University. The suburb will form a bridge to the Elbe islands and make the district of Veddel more inclusive. The plans foresee 6.000 apartments, 16.000 workplaces, shopping facilities, primary schools and nurseries. Olaf Scholz, Mayor of Hamburg, Dr. Dorothee Stapelfeldt, Senator for Urban Development, Prof. Jürgen Bruns-Berentelg, Chairman of the Managing Board of HafenCity Hamburg GmbH and Prof. Jörn Walter, the outgoing Chief Planning Director, presented the plans. 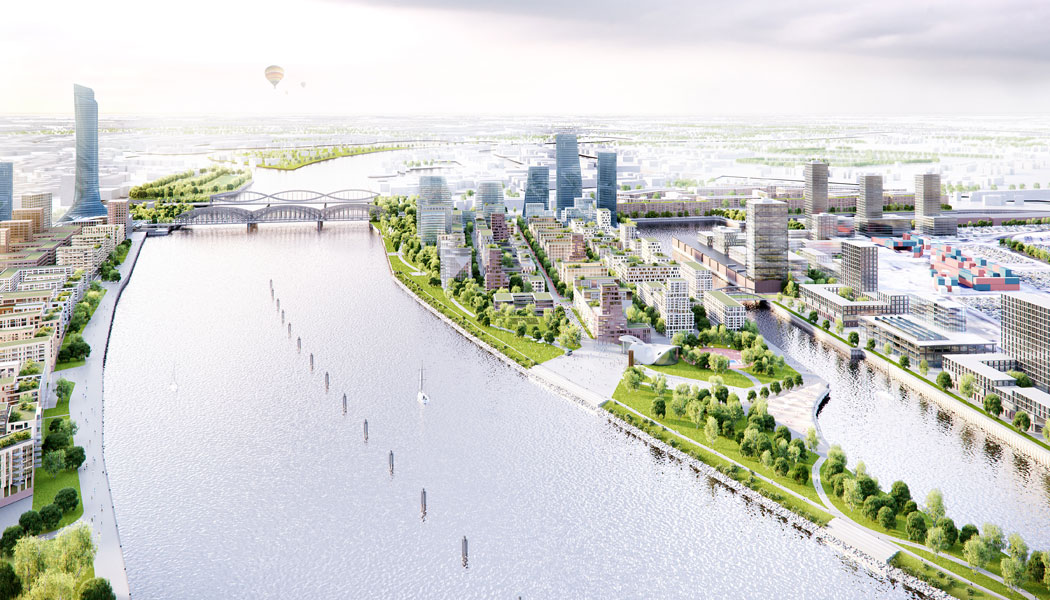 The new 46-hectare suburb will offer space for offices, commercial buildings, research centres and laboratories and use existing buildings as well. The suburb will have some 880,000 square metres of above-ground floor areas and will take up two-thirds of HafenCity. Several kilometres of parks and public spaces will be created beside the river. The plans foresee “a mixed suburb that meets the needs of a vibrant city… a place that links old and new with sensible degrees of residential, working and harbour usage areas.” 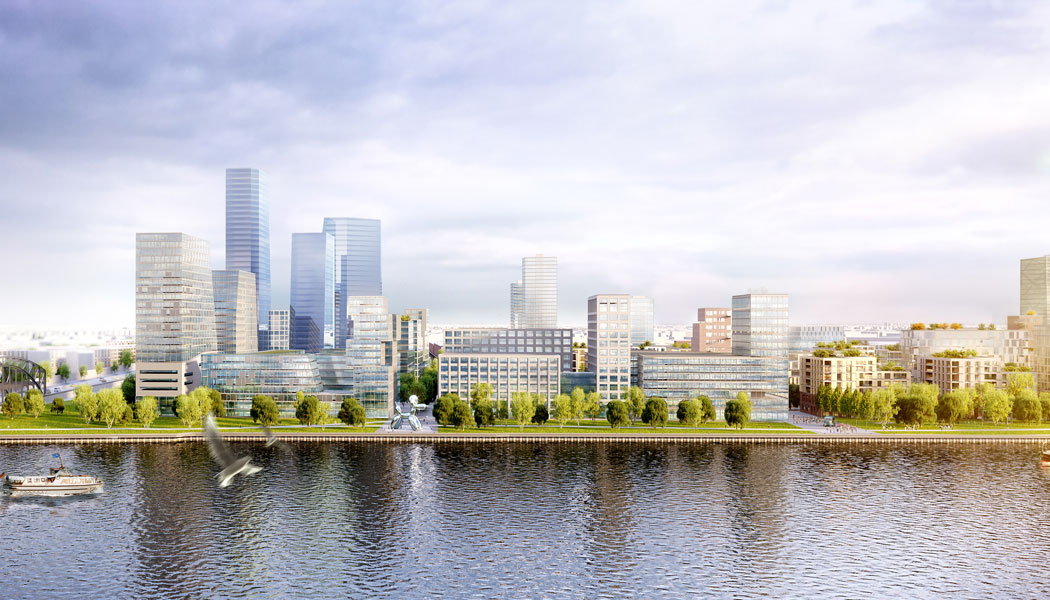 The city had previously announced plans for a new residential and office district as part of its bid to host the Olympic Games in 2024. Several technical aspects have already been examined.
High environmental standards

One third of the apartments in Gladbrook will be publicly funded. All the buildings there must meet high solar energy and e-mobility standards. Some 40 per cent of parking spaces in residential buildings must have charging stations for electric vehicles while 30 per cent must be reserved for car sharing purposes. HafenCity Hamburg GmbH will be responsible for developing the new suburb.

Here you could find more information (in german)