The multifaceted interplay between the individual architectural designs now generates a unified urban panorama whose spectacular climax is a waterfront on the River Elbe. With its diverse, integrated uses and interaction between different buildings – red brick in the center and light-colored façades by the Elbe – Überseequartier forms the exciting core of a new downtown. Involved in the project are internationally renowned architects such as Pritzker prizewinner Christian de Portzamparc and UNStudio as well as eminent architects from Hamburg and elsewhere in Germany. A new land-use plan is being drafted that will form the basis for building applications and for granting approvals. Unibail-Rodamco will begin construction 2017; completion of the central areas of southern Überseequartier can be expected by 2021.

With a mix of retail, catering, residential and entertainment uses, plus the cruise terminal and hotel and office space, Überseequartier is the commercial heart of HafenCity. Northern Überseequartier is almost complete and boasts a multitude of shops and restaurants, a hotel and apartments. Development of the southern part was delayed, but the breakthrough came here a year ago. December 2014, Unibail-Rodamco – Europe’s leading listed commercial property company – took over responsibility for overall development and completion. Throughout Europe the company creates inspiring spaces where modern design is coupled with outstanding locations and a high level of comfort. The result is places where people feel at ease and want to linger. Around €860 million is being invested in Überseequartier, currently the company’s most important development project. A new place to live and work is emerging on 260,000 m², of which about 80,500 m² is for retail, about 55,000 m² for residential and about 65,000 m² for office uses. Culture and entertainment will cover about 12,000 m², catering about 8,000 m² and hotels about 40,000 m².

In the course of the change to Unibail-Rodamco as new project leader, the use concept and urban-planning structure of southern Überseequartier were comprehensively reworked. The opportunity was taken to make the retail component more attractive, to reduce the share of office space and increase residential areas, and to integrate the cruise terminal better into the urban landscape. Retail space in southern Überseequartier will be accommodated on three stories – basement, upper ground and first floor – with circular walkways on the two lower levels. This will make a mix of store sizes possible and give scope for generous storefronts. Buildings south of the subway will be protected against wind and rain by a glass roof and altered positioning. The shopping experience will be greatly improved as a result, even though – in comparison to a fully air-conditioned mall – the open thoroughfare between the buildings will be maintained.

As well as Christian de Portzamparc, who is also responsible for the design of the Cruise Center, the other architects involved in reworking the plans were Carsten Roth Architekt, léonwohlhage, kbnk, Hild und K Architekten, Böge Lindner K2 Architekten, Lederer Ragnarsdóttir Oei, UNStudio plus BB+GG arquitectes for the open spaces, Saguez & Partners for the interior design and Sobek Design for the roof construction.

HPP International was chosen as the master planner for coordinating the individual projects and making sure the high design standards are met. As is generally the case in HafenCity and for all of Unibail-Rodamco’s projects, high sustainability criteria are met in southern Überseequartier, too. All of the buildings have either HafenCity gold Ecolabel certification or meet the international BREEAM Excellent Standard. 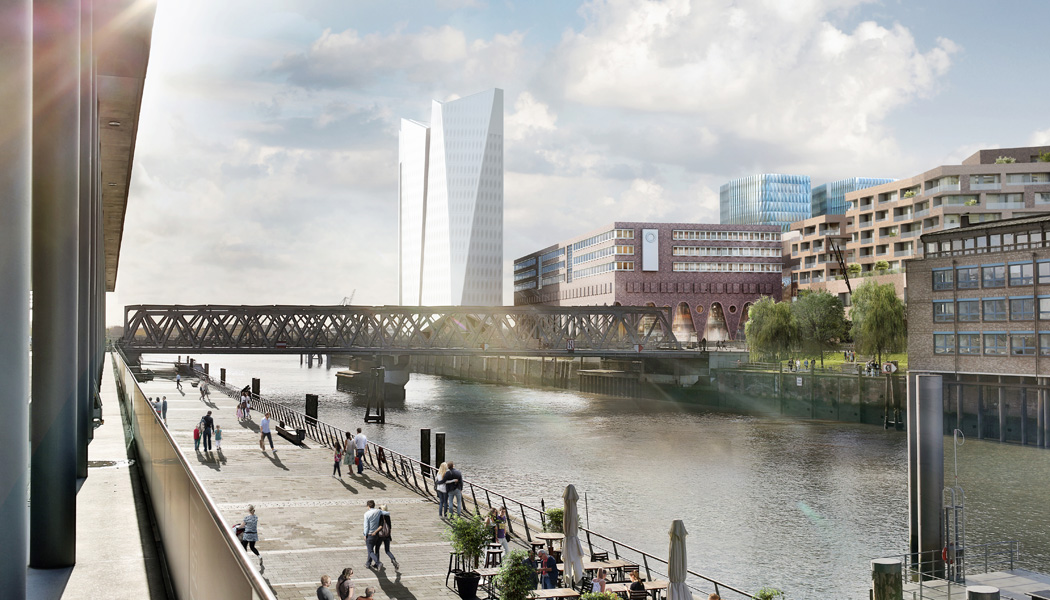 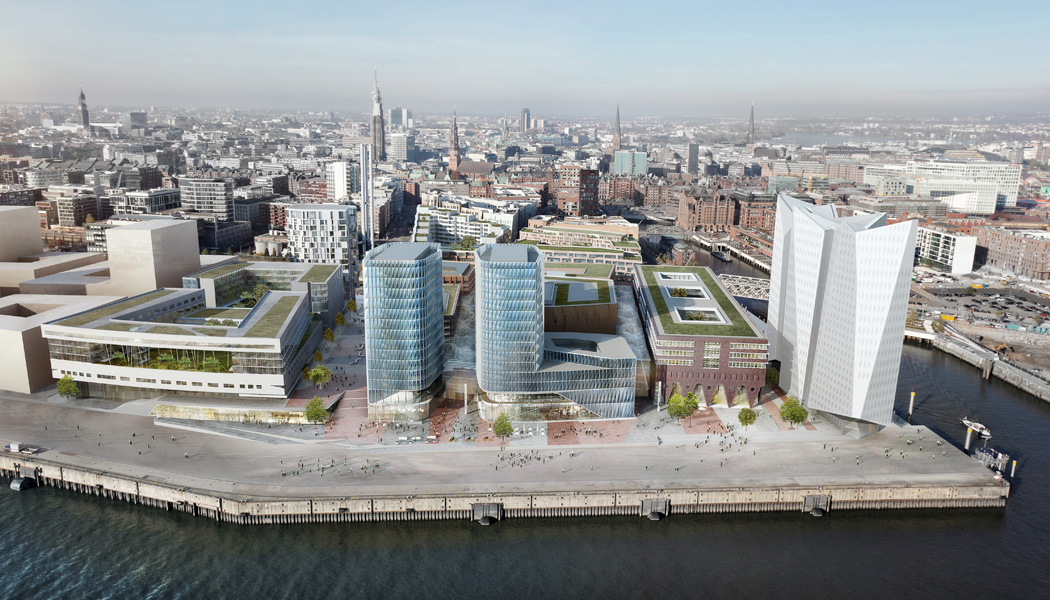 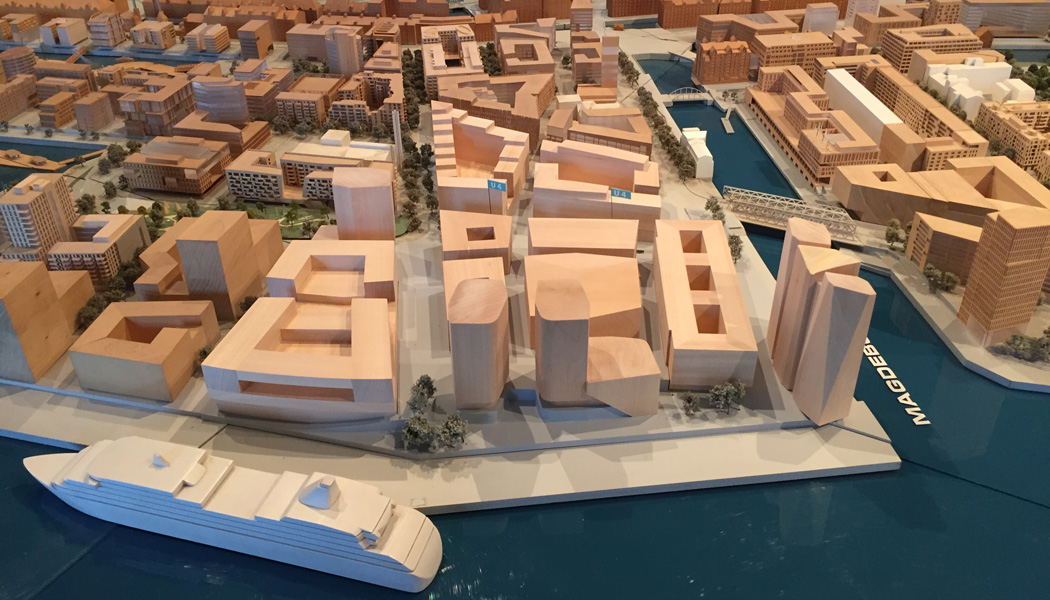 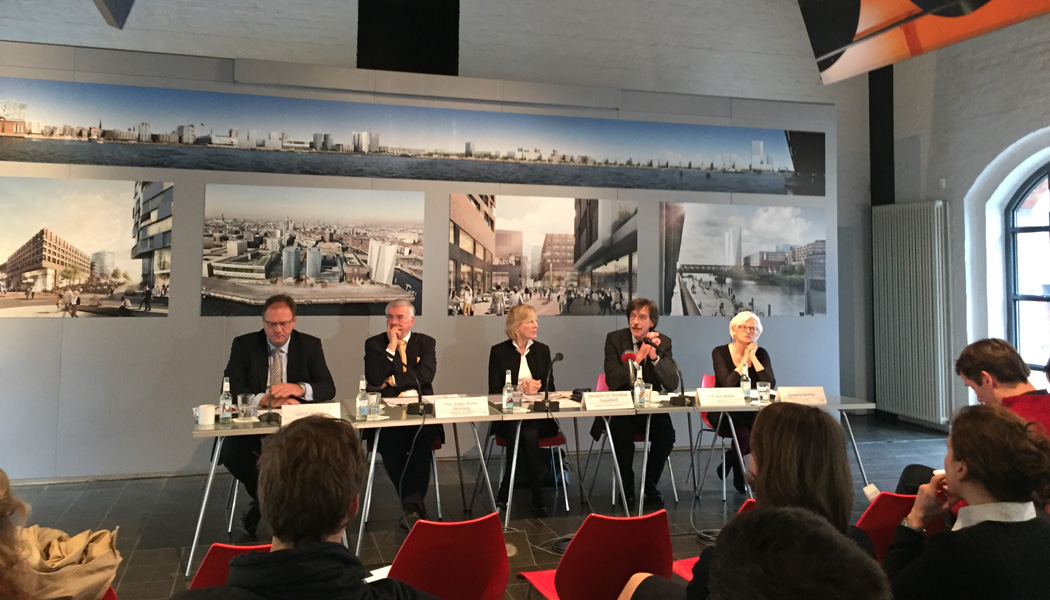